Snowdonia Mountains and Coast is undoubtedly one of the most stunning natural habitats in the world, but man and his activities have also changed and shaped the landscape and left an indelible mark on the coast and mountains. This offers us a valuable glimpse of how people lived and used the land over the centuries. Whilst farming still remains one of the most important industries of the area, the slate, copper and gold industries have all played an important role in the history and culture of the region and their influence can still be seen and felt today.

Snowdonia’s history is intimately bound with the shape and composition of its rocks and minerals. The Romans quarried and used slate from the hills to roof the fort at Segontium, and hundreds of years later King Edward I built a series of castles along the north Wales coast using the slate from the mountains.

During the industrial revolution, demand became significant and the slate was used to roof the houses, mills and factories that were being built across Britain. As a result of the expansion, the small villages of Bethesda, Llanberis and Blaenau Ffestiniog were transformed into industrial towns, and the Nantlle and Corris areas were vibrant quarry communities. In its heyday the industry employed more than 17,000 men and produced over 485,000 tons of slate.

During World War 1 the Manod quarry at Blaenau Ffestiniog was used to house priceless artwork from the royal palaces, the Tate and national Galleries - including Van Gogh, Rembrandt, Van Dyke, Da Vinci and possibly the crown jewels.

The downturn in the demand for slate and the importing of cheap slate from Europe resulted in the closure of the quarries. Penrhyn Quarry is still operating as are many other small concerns, but the once thriving industry is no longer the economic giant that dominated the region.

It is possible however to gain an insight to the past at the Welsh Slate Museum at Llanberis, and the Llechwedd caverns at Blaenau Ffestiniog. Both offer a pocket history of the industry with their refurbished cottages, shops, inns and working demonstrations. The network of paths created to link the small villages and the slate quarries and surrounding countryside are still in use and offer spectacular views of the mountains and a glimpse into the lives of the people that lived and worked there.

The prosperity of the slate industry led to the growth of many associated industries. The transport infrastructure was developed to cater for the demand for slate from around the world. A network of narrow gauge railways was created to carry the slate from the mountains to the sea. This in turn helped the area's maritime industry. Shipbuilding increased at a number of coastal towns and villages, particularly Porthmadog, Caernarfon and Bangor. A hundred years ago these ports and many others were crammed with working sailing ships owned and built locally to cater for the demand for Welsh slate, gold and copper.

But long before the boom of these industries, there is evidence that our forbears had exploited the sea's bounty as long ago as 5,000 years. Ancient burial chambers and settlements situated close to the shores suggest that people fished and sailed along the coastline, and later the Romans and Normans built their forts and castles in strategic locations near the shores to defend the land from their enemies.

Today the main copper mine remains can be found at Drws y Coed, Beddgelert and Cwm Pennant. The remains of a Roman fort near Beddgelert suggest  that the Romans may well have mined for copper on the Sygun mine site nearby. During the 18th Century more than 70 men from the village and others from as far a field as Cornwall and Scotland were employed in the mine. The raw ore was taken to a nearby crushing mill before being transported by horse and cart to Beddgelert and Porthmadog and shipped to Swansea for refining. Much of the copper was used to line the wooden ships of the Royal navy during the Napoleonic Wars.

The Sygun mine was briefly used as a location for the 1958 film Inn of the 6th Happiness starring Ingrid Bergman. Today the mine is open to tourists with guided tours provided through the caverns with their magnificent stalactites and stalagmites.

Gold is perhaps Wales’ most famous metal. The geological gold band in North Wales stretched from Barmouth past Dolgellau up towards Snowdonia. Much circumstantial evidence exists that the Neolithic population of the late Bronze and Iron ages opened the mines as early as 600BC.  Serious excavations began in 75AD when the Romans used slaves to extract the gold. The pre-Christian Celtic chieftains became wealthy as a result of trading gold, and wore gold torques and armbands of exquisite workmanship. One of their artefacts, the Llanllyfni gold lanula discovered at Llecheiddor Uchaf Farm near Dolbenmaen in 1869 may have come from a Welsh gold source at Dolgellau. The Welsh princes also became rulers of considerable wealth and power due to the rich supplies of valuable ores in the region.

The first official discovery of gold in Snowdonia was reported in 1843. During the Welsh gold rush that followed miners came to Barmouth and Dolgellau from all over the country. They lived in basic dwellings provided by the mine owners, worked a 10-hour day and were paid an average of 3 shillings a week. Conditions were hard and they lived on a diet of wild rabbits.

Today Welsh gold is considered to be the most exclusive in the world, being around 3 times the price of ordinary gold. Gold from the Welsh mines has been used to fashion the wedding rings of Royalty including the Queen Mother, the Queen, Princess Margaret, Prince Charles, the late Princess Diana and lately Catherine Zeta Jones. Two mines in particular were responsible for producing gold in the area; Clogau and Gwynfynydd. Both mines are now closed and the supply of Welsh gold is extremely scarce.

The remains of early man, the Roman occupation and the industrial revolution have left their mark on the area, but farming has also played an important part in shaping the landscape. People have farmed the land here for at least 9000 years.

The earliest evidence of their agricultural activities can be seen in the remains of early settlements scattered across the area. Evidence of later activities from medieval times onwards is the ancient field systems with their traditional stone and slate boundaries and the isolated cottage dwellings.

Many of the present farm names reflect the old farming tradition of the ‘hafod’ and ‘hendre’ system, when the farmers, their whole families, their households and servants used to pack their belongings in the summer and move up to the hills with their animals before returning to the lower ‘hendre’ during the autumn.

Agriculture remains as one of the major industries in the area and prides itself on supplying some of the best lamb, beef and seasonal organic produce in the world, many of which feature on the menus of the area’s finest restaurants, hotels and cafés. 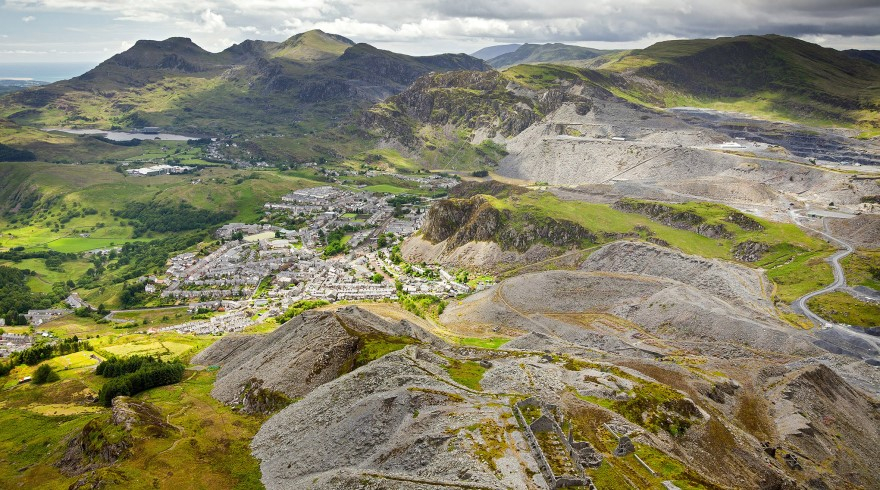 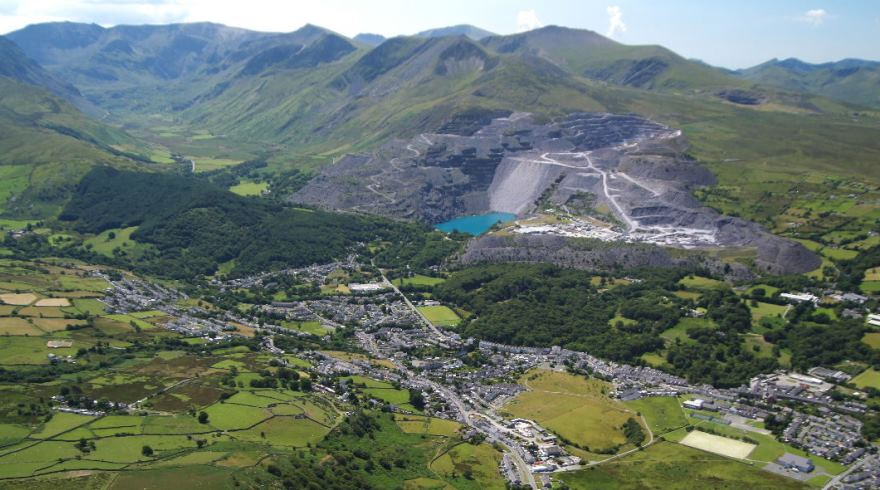