Today’s Snowdonia Mountains and Coast has evolved from a rich tapestry of history, culture and landscape that dates back to prehistoric, pagan times followed by the Roman occupation, the rise of Christianity, the age of the Mediaeval Princes, the Viking, Anglo Saxon and Norman invasions through to the industrial revolution and modern times.

Evidence of these historical eras can still be seen in the dramatic landscapes of the mountains, valleys and coastline of the region from the network of Celtic hill forts, religious shrines, standing stones, magnificent ring of mediaeval castles, churches and fascinating industrial remains.

The area is peppered with hundreds of prehistoric sites, and one of the most important and famous is Tre’r Ceiri (Town of Giants), a significant Iron Age settlement that dominates the Llŷn Peninsula on the slopes of Yr Eifl, 400 feet above the Irish Sea. The settlement contains considerable remains including 150 stone huts and a huge rampart, which were built 200 BC. Many of the remaining walls are still over 4 metres high in places.

With the collapse of the Roman Empire and the departure of the Roman legions, other invaders, despite the difficult mountainous terrain of the area, eventually succeeded in occupying the land. The Vikings, Anglo Saxons and Normans came and left their mark on the area. This fuelled a period that saw the Princes of Gwynedd build numerous castle strongholds in an endeavour to protect their lands from the invaders and each other!

The castles of Dolbadarn and Dolwyddelan were built in strategic positions within the heartland of Snowdonia to control the two principal routes through the mountains.Criccieth Castle is another fine example that sits on the headland overlooking Tremadog Bay and towers above the town of Criccieth. This castle was also built by Llywelyn the Great and expanded by Llywelyn the Last. Castell y Bere, another native Welsh castle situated north of Abergynolwyn, is also likely to have been built by Llywelyn the Great around 1221.

Having captured the native castles, Edward I proceeded to build his own formidable ring of castles in North Wales. The magnificent and awesome World Heritage Site of Caernarfon Castle sits defiantly on the banks of the river Seiont and the Menai Strait. It looks today much as it would have when it was finished in 1330. It was built as a military stronghold but was also Edward’s seat and official residence in Wales.

Another of Edward I's castles is Harlech Castle, high on the peninsula overlooking the bay of Cardigan, and seeming to rise from the rock on which it stands. It was built by James of St George, Edward I's favoured architect, and took seven years to complete. In 1404 the castle fell to the forces of Owain Glyndwr after a long siege when starvation reduced the determined garrison to just 21 men. During the Wars of the Roses the castle withstood the longest siege in the history of Britain which inspired the song ‘Men of Harlech’.

The native Celtic society of the tribes that populated the area's Iron Age settlements changed completely with the coming of the Romans. But despite the might and sophistication of the Roman armies they found the Celts and Snowdonia's terrain a formidable opposition. They eventually succeeded in overcoming the indigenous population and occupied many of the hill forts and also built their own encampments in the region. Gnaeus Julius Agricola established the first wooden and earth fort in Caernarfon in AD77 - the remains of the Segontium site is still visible today.

With the advent of Christianity many ancient monasteries, abbeys and churches were established in the area. The origins of Bangor Cathedral in the university town of the region can be traced back to Celtic times. St Deiniol founded a monastery here in the 6th century - around c.525 - on land given by the king of Gwynedd, Maelgwn Gwynedd.

Beuno Church in Clynnog Fawr was also established in Celtic times. It developed to be an important establishment and the laws of Hywel Dda declared that the Abbot of Clynnog had the right to a place at the court of Gwynedd Kings. The church was an important resting place for the pilgrims on their way to Bardsey Island in the early years of Christianity.

Bardsey itself was inhabited in Neolithic times and still contains the remains of hut circles. During the 5th century it became a refuge for persecuted Christians and the monks led by St Cadfan began building a monastery here in the 6th century. For centuries Bardsey was important as the holy place of burial for all the bravest and best in the land, and the Welsh bards called it ‘The gate to Paradise’ where over 20,000 saints are said to be buried. In the early Middle Ages three pilgrimages to Bardsey equalled one to Rome.

On March 1st people across Wales, and in Welsh societies across the world celebrate St David's Day, or ‘Dydd Gwyl Dewi’ as it is known in Welsh. This day celebrates the life of St David, the patron Saint of Wales. Little is known of his life except for an account of his life written by Rhigyfarch at the end of the 11th Century.

According to Rhigyfarch’s Latin manuscript, Dewi’s mother was called Non, and his father Sant was the son of Ceredig, King of Ceredigion. Following an early education in Cardiganshire, Dewi set off on a pilgrimage through south Wales towards the West of England, where it is said that he helped to found religious centres such as Glastonbury and Croyland. It is even noted that he made a pilgrimage to Jerusalem where he was made archbishop.

Dwynwen is the Welsh patron saint of friendship and love. A 5th Century saint, she was reputedly one of the prettiest of Brychan Brycheiniog’s 24 daughters!

She fell in love with a young man named Maelon Dafodrill, but her father had arranged for her to marry another. Maelon was so outraged that he raped Dwynwen and left her. In her grief she fled to the woods where she begged God to make her forget Maelon. 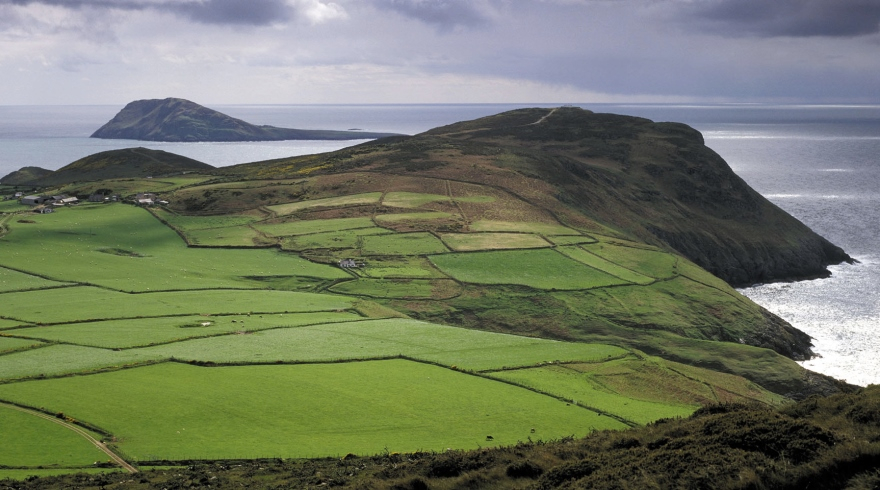 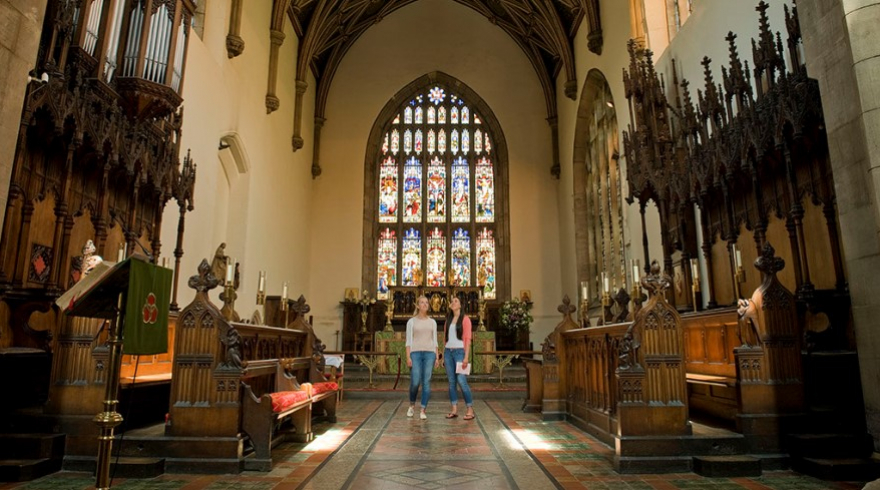 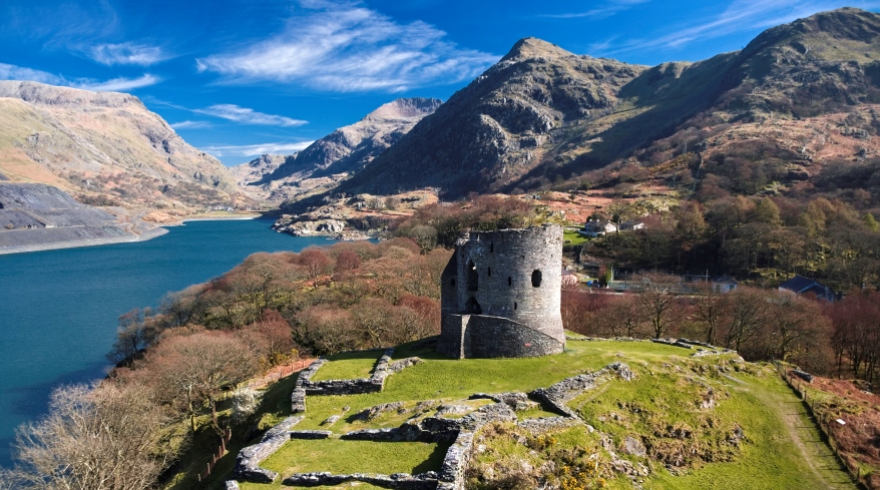 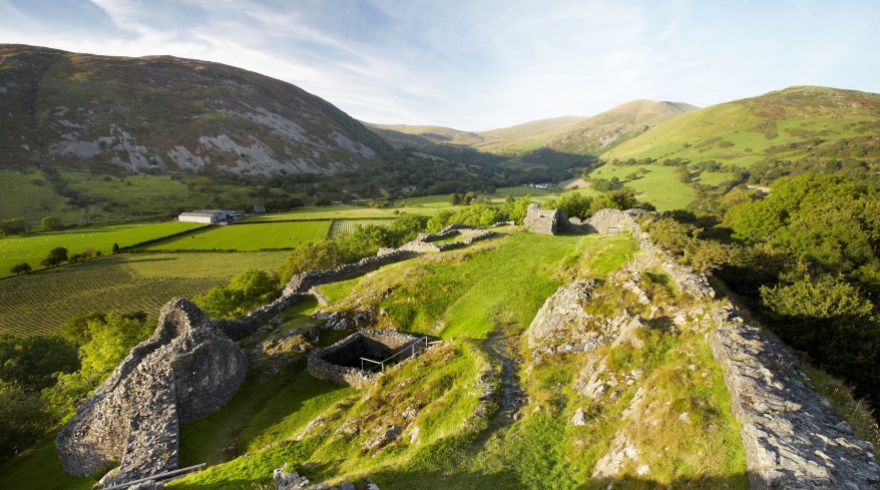