Over the centuries many individuals and families have emigrated from the Snowdonia Mountains and Coast area to seek work, their fortunes and dreams. Many have settled all over the UK in cites such as Liverpool, Manchester, Birmingham and London. Others opted for destinations further afield such as the USA, Canada, Patagonia, Australia and New Zealand.

If you do decide to visit your ancestors' home, there are numorous outlets in the area that can assist you with unlocking the past. Two archives are located at Caernarfon and Dolgellau, numerous local libraries are open to the public and churches/chapels can also be a good place to seek information.

Connections with the USA

Legend has it that the first Welsh emigrants to the New World were Madog ab Owain Gwynedd (Prince Madog) and a band of settlers who sailed from Porthmadog with a fleet of 13 ships because they were disillusioned with their lives in the 12th century.  According to the legend, a landing was made at what is now called Mobile Bay, Alabama, in 1169.  They integrated with the local Indians - the Mandans - who apparently learned to speak Welsh eventually.

The Welsh Society of Philadelphia was begun in 1729, making it the oldest ethnic society of its kind in the US. Since its founding, it has provided many men of distinction throughout the centuries, making their influence felt in politics, agriculture, the administration of justice, as well as in industry, particularly mining and the manufacturing of iron and steel. According to the Welsh Society of Philadelphia, 16 of the men that signed the Declaration of Independence in 1776 were of Welsh descent: George Clymer, Stephen Hopkins, Robert Morris, William Floyd, Francis Hopkinson, John Morton, Britton Gwinnett, Thomas Jefferson, John Penn, George Read, John Hewes, Francis Lewis, James Smith, Williams Hooper, Lewis Morris, and William Williams.

In addition to President Thomas Jefferson (whose autobiography tells that his family emigrated from a place "at the foot of Snowdon") there were many more leading citizens with Welsh ancestry who played instrumental parts in the founding of the new nation, including Presidents James Monroe and Abraham Lincoln.

The Reverend Michael D Jones of Llanuwchllyn, near Bala, pioneered the movement to establish a Welsh settlement in Patagonia. The first group of settlers, about 150 people, sailed from Liverpool to Patagonia aboard the tea-clipper Mimosa, landing in New Bay (Port Madryn) on 28 July 1865.

Unfortunately they found that Patagonia was not the friendly and inviting land they had been led to believe.  It was a barren and inhospitable land and they struggled for years to make a living. Despite the problems the community survived and flourished and is still proud of its distinctly Welsh heritage and identity.

The first known Welsh people to arrive in Australia came on the "First Fleet" of 1788. They were convicts, two men and two women. Even before this time, however, Welsh crews were present on James Cook's voyages. Life was hard in this land for all who were sent to the penal colony. Many who were transported could only speak Welsh and they were unable to communicate with their captors or their fellow prisoners.

During the 19th century the mining industry and the gold rush of the 1850s brought a significant number of Welsh people to Australia. They established Welsh chapels and made their influence felt in all walks of life. Today the Welsh Australian community is thriving and as in America the descendants of those early pioneers have made their mark in the world including Alf Morgans and Kylie and Dannii Minogue, whose family hail from Blaenau Ffestiniog. 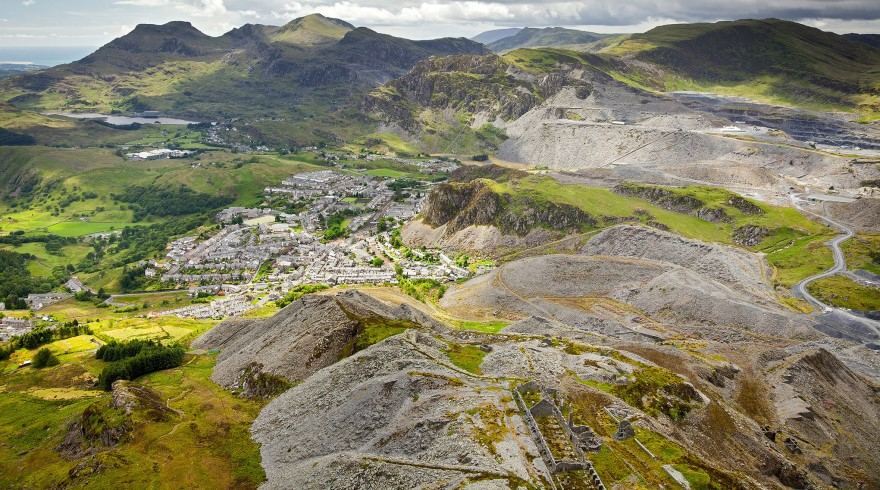